The train ride takes you through the beautiful woods and wetlands along the Big Cypress Bayou and lasts about 40 minutes with a stop at the Diamond Don Gator Pit to see the feeding of the live alligators that live there. 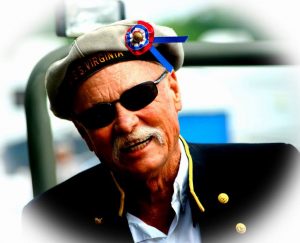 The Critter is a gas-powered Plymouth Locomotive. Plymouth locomotives were first built in 1910. Plymouth was one of the world’s most productive builders of small industrial locomotives. They built over 7,500 units of which 1,700 are believed to still be in active service.

The Railway has become a part of the thriving community of Jefferson sponsoring major events throughout the year that bring over 20,000 visitors to Jefferson. Patrons look forward all year to Diamond Don’s National Vintage Motocross, The Great Locomotive Chase and The Christmas Express Train.

The train rolls right by the home of the Boggy Creek monster as depicted in the upcoming feature horror movie, “Boggy Creek”, filmed in Jefferson and Uncertain. The movie is loosely based on the old Big Foot or Sasquatch legends, says Brian T. Jaynes, director and producer.